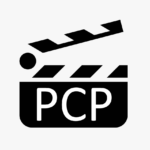 In my opinion, the only advantage of growing older is gaining experience.. but always remember.. without creativity, the technology is just “Nice to Have!”

After graduating with a BA (Hons) I was lucky enough to have been accepted by the BBC Film Unit at Ealing Studios. It was the best thing that could have possibly happened to me.. and after five years, armed with everything I had learnt, I set off to start my first (of several) companies…

A selection of my work over the years

A collection of Golden Oldies

The massive techno hit from U96 (Alex Christensen)

A track from his video album that we made together.

A collection of clips from several TV action series.

Videowall for in-store use Worldwide.

An example from one of several primetime TV crime series I directed.

A primetime documentary about "The Rocket Man".